We are a free, international and independent luxury real estate company delivering a bespoke service to discerning buyers and sellers globally.

Guide to the Spanish Buying Process

1. Putting down a Holding Deposit
On finding a property you wish to purchase you will need to negotiate the terms, price and conditions of the sale with the owner. This part of the process is not binding. We would recommend using an independent English speaking legal advisor. Once a purchase price has been agreed, normally a holding or reserve deposit will be required to ensure the property is removed from the market. The sum required will vary between properties and will be based on the purchase price. A time limit for the preagreement to be signed will be arranged and there will also be legal checks to be made.

2. Setting up a Pre-agreement (Contrato privado de compraventa)
The pre-agreement will set out the conditions under which the Buyer and Seller agree to complete the purchase of the property and the price they have agreed upon. Relevant details will generally be included for example the property details, purchase price and the date for completion. A deposit will be required at this point, this will vary, but will generally be 10% of the agreed price. This agreement will include a penal clause if the sale does not go through. If the seller pulls out of the sale your compensation will be double the deposit you have paid, but if you decide not to go through with the sale then your deposit will be lost. Certain checks will need to be made before signing the contract, checks should be made against the title of the property, mortgage status and if the property has any debts held against it. The planning status should also be looked into. These conditions can be varied by the seller and the buyer and other types of agreement can be made.

3. The Contract (Escritura de compraventa)
Before a non-Spanish purchaser can buy a Spanish property they will need to have set up a Spanish bank account and obtained a Spanish tax number (NIE). The completion will take place in the presence of a Notary Public. This is a Spanish public official, by law the deed of sale must be witnessed by a Notary Public. You will also need your own independent, expert legal advisor to act on your behalf. On Completion the buyer must pay the balance, that is the price agreed after the deposit has been deducted, plus any other fees on the completion date. Both buyer and seller must sign the Escritura de compraventa contract, (this is the Spanish equivalent of the title deeds). The title deeds (escritura) will be given to the buyer, this will be done in the presence of a Notary Public, they will certify that the transfer has taken place. The tax office will be sent a copy and the property registry will be informed of the transfer. 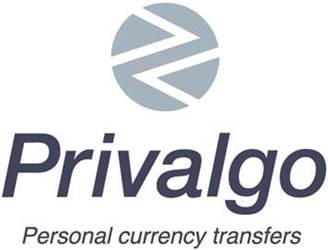 Close to the centre in the Ciudad Jardin area, this fabulous ultra modern villa ...

Fabulous manor house, has been run as a successful chambre d'hotes, with a hea...

Amazing palace with an operating vineyard located in a quiet setting within a va...

Simply delightful villa in a superb location in Cap d'Antibes, close to the beac...

6 bedroom French chateau for sale with 2...