The Best Spa Towns in France

Spa towns have always been a popular holiday retreat for those looking for relaxation in France. However, their history far extends the modern concept we have all become familiar with. Centres for healing and relaxation can be dated back to ancient history, with the first hot-tub being made for King Phraortes of ancient Persia in 600BC. The Greeks expanded the idea into hot air baths a century later, but it was the Romans who added the luxurious element to spa retreats with the creation of thermae. Thermae, or thermal baths as they’re more commonly referred to, were facilities erected over hot springs which became a hub for social gatherings, and thus, spa towns were born.

Throughout the ages, hot and cold mineral springs drifted in and out of fashion, with their popularity often tied to the trending medical theories of the time. Therefore, the spa towns around them became fashionable when medicine endorsed them or disregarded when medicine contradicted their benefits. However, in modern times, the spa has become associated with luxurious treatments, relaxations and wealth and thus appealing to many.

The terms ‘thermes’, ‘eaux’ and ‘bains’ are water references that can often be found in the name of popular spa towns in France. From Aix-les-Baines to Evian-les-Bains, we list some of the best spa towns in which to own a holiday home. 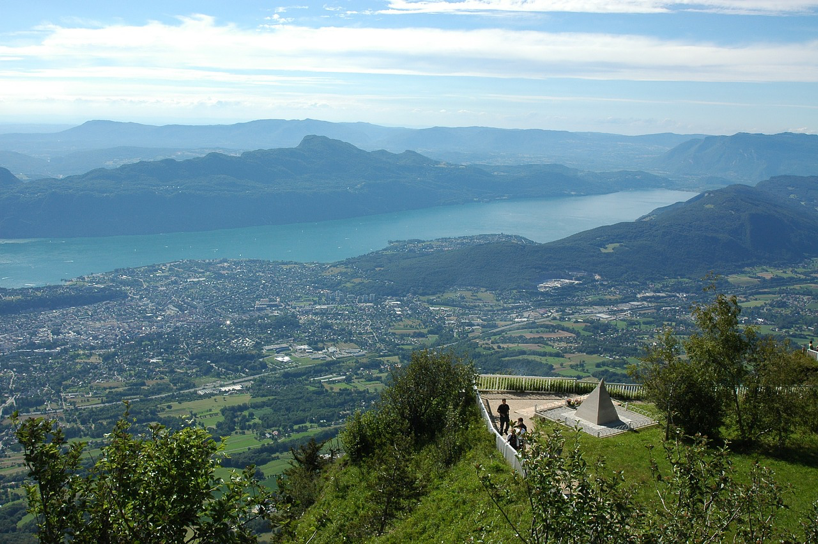 France has an array of spa towns to pick from, but none quite like Aix-les-Bains in Savoie. Resting on the edge of France’s largest freshwater lake, the Lac du Bourget, homeowners here can enjoy the pleasures of glorious beaches, the thrill of watersports in the summer or the cross-country skiing in the winter at the Grand Revard mountains. Whether you bask in the views of the snow-tipped peaks of Chaîne de Belledone or even take to the slopes for a spot of adrenaline-fuelled activities, be sure to visit the thermal baths that are popular amongst all holiday-makers, and were a favourite of Queen Victoria and other famous political names of the 19th century.

Recommended spa establishments include Chevalley spa centre, which opened its doors in 2000. Constructed near a borehole, the spa obtains water on demand from two hot springs. The waters contain muscle-relaxing properties that make for a truly relaxing swim. For those suffering from respiratory conditions, visit the specialist spa, Thermes de Marlioz.

However, Aix-les-Bains and its surrounding areas offer so much more than spas. You can spend your Saturday mornings at the food market that offers the finest local wines and cheeses, or soak up the sun on a bicycle ride in Mont du Revard; a little town with a lake and extensive forest that has fantastic cycle routes and spectacular views of Mont Blanc. You can even get a bus to and from town to avoid over- exertion.

Property for sale in Aix-les-Bains 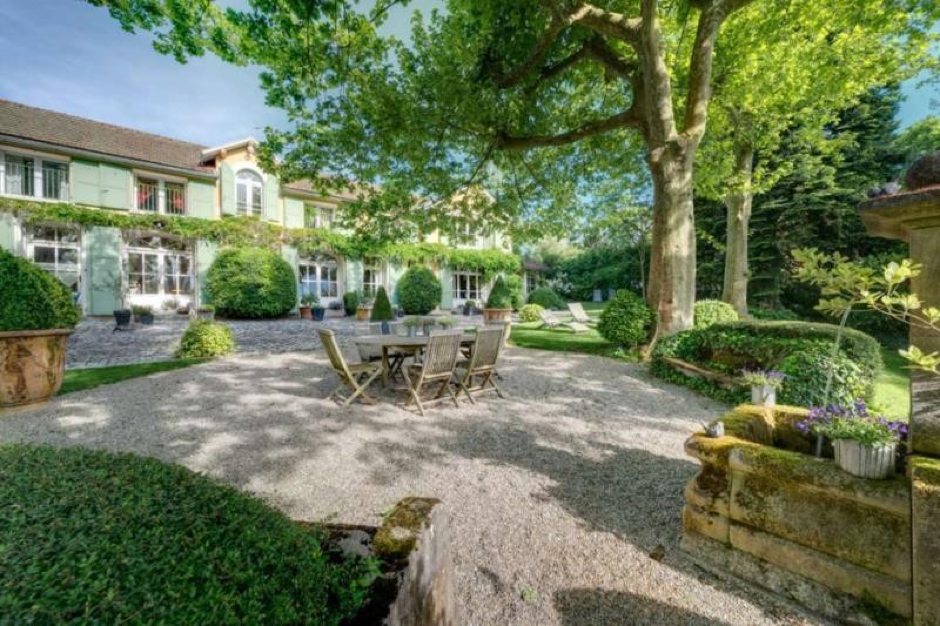 This quintessential French property located in the spa-town was constructed in the 19th century. Boasting eight bedrooms, with bags of character, this charming home is in a quiet area just minutes away from the town centre – an ideal location for a holiday home. The main property houses five of the bedrooms, whilst a separate annexe has the remaining three. There is a spacious garden, equipped with an outdoor swimming pool to enjoy on the sunny days.

To find out more about this property, get in touch with our team today and quote the reference number: 187679. 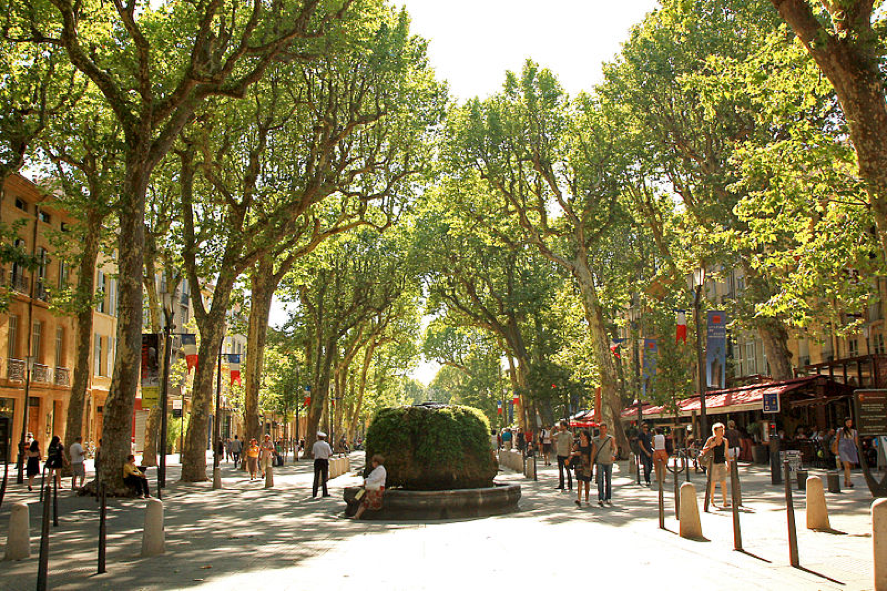 Aix-en-Provence is a city located in the Provence-Alpes in the Cote d’Azur region of southern France. Mirroring the chic style of Paris, Aix-en-Provence combines green-leafed boulevards, 17th and 18th-century mansions and spectacular fountains enclosed in layers of moss. In Cours Mirabeau, the streets are lined with cafés, where fashionistas go to drink espressos, all equating to an upscale appeal that makes this area desirable amongst investors.

Aix-en-Provence is still the embodiment of French culture and knowledge, having been a high-IQ spot since the 15th-century when it was the Provencal capital, attracting artists, lawyers and nobles to the area. Today, Aix-en-Provence hosts one of the prestigious French universities, whilst the narrow streets, grand squares, up-market bars and restaurants beat with a Latin rhythm. To slow down, the locals will visit the Scat Club for a taste of the rock ’n’ blues.

Yet, Aix-en-Provence offers a few gardens for a retreat away from the bustling centre. Pavillion de Vendome is a grand mansion house guarded by spectacular marble statues of distressed men decorated with a loincloth of flowers. Set in a quaint and well-maintained garden, which can be a pleasant place to sit during a sunny day.

Many of the luxury hotels in the area are equipped with spas; however, one to visit is the Thermes Sextius, a spa retreat that is part of the Aquabella Hotel. The spring water is renowned for its beneficial qualities since the Roman times. The thermal baths are set to 37°C for you to take a relaxing soak. If you opt for it, there are several spa treatments on offer including the Magical Ritual Massage, a secret formula guaranteed to help you unwind. The establishment also features a gym, sauna, hammam, bubble bath and outdoor swimming pool to keep you occupied for a full day of well-being. In addition, there is a relaxation area that offers you the chance to sample the famous herbal teas created by Pére Blaize, a renowned herbalist’s shop located in Marseille.

Property for sale in Aix-en-Provence 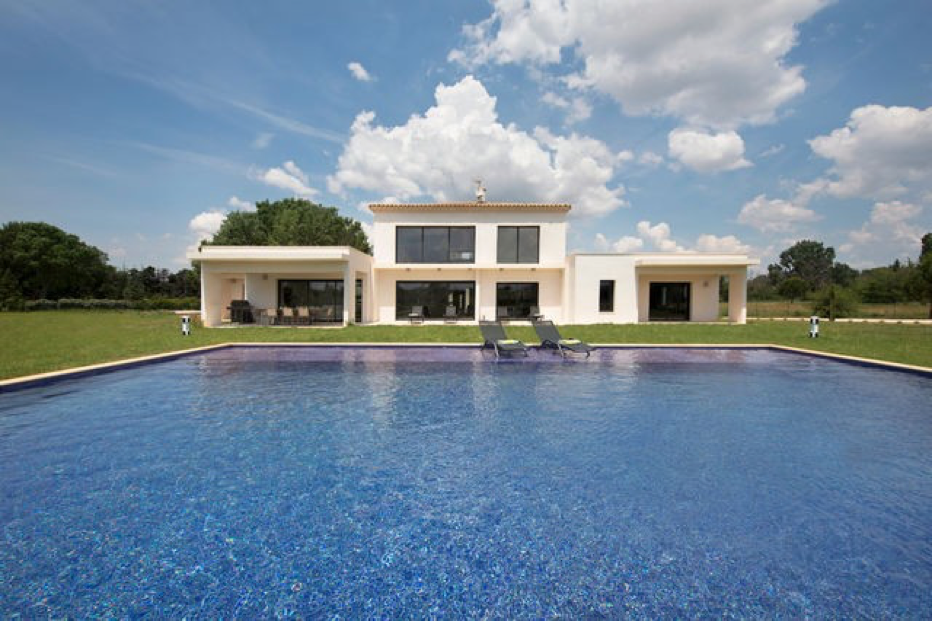 A modern house located in the chic Aix-en-Provence complete with heated outdoor pool and submerged beach. The house is just 3km north of the city centre for those wanting to explore the cultured streets of Aix. The grand property features a cathedral in the living room and a double fireplace, as well as a fully-equipped Italian style kitchen. The property has five bedrooms, four of which are situated on the ground floor. The unique selling point is the large office space on the mezzanine, perfect for working professionals that may have to work from their holiday home.

To find out more about this property contact Prestige today with the reference number: 198170. 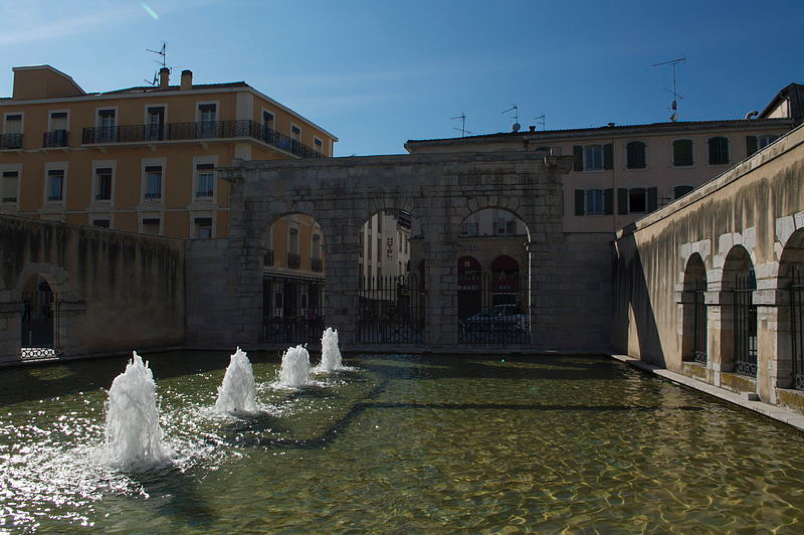 Beginning its history in pre-Roman times, the town was built and developed by the Romans and became an essential town known for its thermal waters. With the fall of the Roman Empire, the town was destroyed by the Barbarians; however, Dax was rebuilt when the town was ruled by the English with the partnership of Eleanor of Aquitaine and Henri Plantagenet.

The 19th-century brought life back to the town, with the introduction of a railway line, the appeal of the thermal waters brought visitors aplenty, and with it, a host of wealth.

The ‘Fontaine Chause’ is considered one of the most important sites in Dax. Inside the Romanesque building, erected in the 19th-century, is a pool of hot thermal waters that comes in at around 64°C. The pool is now fenced off, but the waters are believed to be good for alleviating rheumatic issues and vein problems.

Nowadays, Dax is the most popular spa town in France, bringing vast numbers to this town that is now renowned for its spectacular mud and spa treatments in their host of spas. Typical treatments include the use of peloide and hyperthermal water.

Another site of interest is the Hotel Splendid, an Art Deco Hotel from the 1930s. The notable celebrities that have spent time in this hotel include Ernest Hemingway and Joseph Kessel. Art Deco décor and architecture can also be witnessed at The Atrium, an old building in the town that has now been converted to a concert hall.

Property for sale in Dax 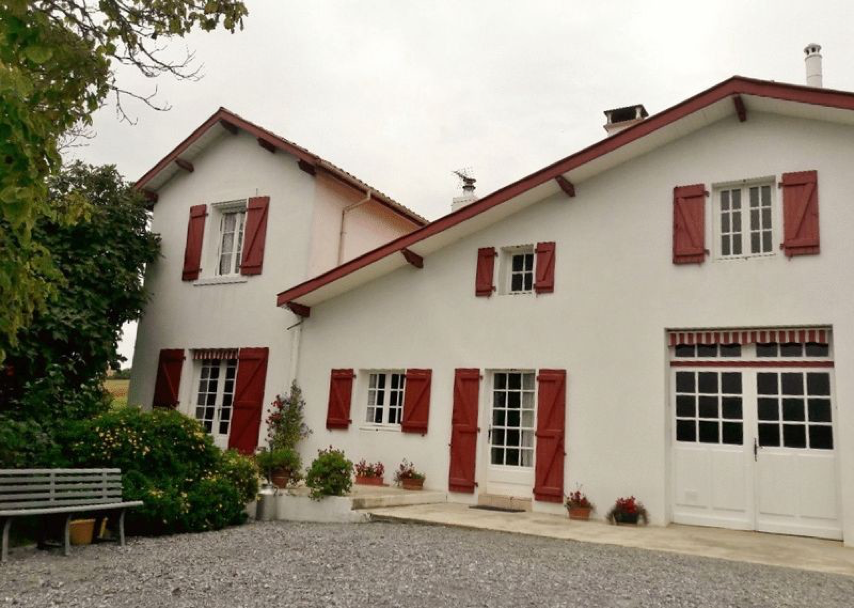 This characteristic four-bedroom farmhouse is located a mere 15-minutes away from the spa town of Dax. It is also just a few kilometres from the atmospheric village of St Lon les Mines that has shops and an inn. Built in the 19th-century this property comes with 10 hectares of farmland in the offer. The living room has charming features including exposed beams and a fireplace.

To find out more about this property, contact Prestige today with reference number: 194318

Other renowned spa towns in France include La Boulou, which is located on the French and Spanish border. In addition to Thonon-Les-Bains that has breath-taking views of Mont Blanc over Lake Geneva, close-by is Evian-les-Bains, renowned for its mineral water of the same name (Evian). The town has been beautifully preserved with fantastic examples of late 19th-century architecture, including the former Thermal Baths. Evian-les-Bains is a charming town that features plenty of pastimes including watersports and relaxing on the beaches or by the flower-fringed shores.

If you’re looking to own a holiday home, our expert team at Prestige Property Group can advise you on all the luxurious spa towns located in France and the variety of properties for sale in these areas. So, whether you’re looking for a French chateau for sale, a quintessential French townhouse or a lakeside property, we can match you with the ideal property.