Beaulieu-sur-Mer is one of the French Riviera’s most beautiful locations, and Beaulieu property for sale is found in a truly picturesque seaside village, combining the very best of traditional French culture with modern luxury. Located between Nice and Monaco, Beaulieu property for sale is easily accessed via the International airport at Nice, by an extensive road network and by high speed rail links to the rest of France, Europe and beyond.

Beaulieu property for sale is found in the ‘Golden Triangle’ of the French Riviera, the area between Beaulieu-sur-Mer, Saint-Jean-Cap-Ferrat and Villefranche-sur-Mer where properties are most desirable, and therefore at a premium due to the outstanding facilities, natural beauty and high living standards of the region. The ‘Golden Triangle’ is all about opulence and luxury, with small, but selective, restaurants tucked away in cobbled streets, pristine gardens lined with stately palm trees, and luxury yachts bobbing in the sparkling Mediterranean waters of the port. Throughout the Golden Triangle there are stunning seascapes of golden beaches, gently lapped by the crystal clear ocean and endless azure blue skies, but Beaulieu-sur-Mer has more to offer even than this. Throughout the Cote d’Azur the climate is known for being relatively settled, with long, hot summers, and mild winters, but can also sometimes suffer from the notorious Mistrale winds. Beaulieu property for sale, however, is protected from these winds from the hills that surround the village, resulting in a much more stable local climate, as well as dramatic, unbroken sea views from many properties.

Beaulieu property for sale ranges from stunning hilltop villas to townhouses on the seafront, but almost all have spectacular views across the picturesque skyline of the town and out to the open ocean. Often the architectural styles of Beaulieu property for sale are as varied as in the town itself, including both the traditional French and the modern, often with not a little classical influence. While there is no particular ‘Old Quarter’ as in many French towns, Beaulieu has a surprisingly long history, dating back to prehistory, and through the Greek and Roman civilisations, leading to the classical influences in the architecture of some of the town’s most notable buildings. After a 3rd century sacking of the village, leaving it largely in ruins, Beaulieu became a largely monastic and religious settlement, until resettlement as a fishing port in the 13th century, and eventual development as a destination for Europe’s wealthy in the 19th century.

Each of these distinct phases in the history of the town can be seen, at least in part, in the architecture of the town, and the architectural influences of Beaulieu property for sale. Arguably the greatest influence on the town was the last, with the influx of vast wealth to what was previously a sleepy French fishing village, transforming it forever into a resort destination fit for the wealthiest and most discerning superstars and royalty of the 19th and 20th centuries. Beaulieu property for sale often has a luxurious and opulent character seldom found elsewhere, and the ‘kudos’ of owning a property in this most desirable of locations still remains to the present day.

Today Beaulieu-sur-Mer is a bustling town, heavy with the scent of flowers and the salt tang of the ocean, where tradition and culture are taken seamlessly into the modern age. There are many venues for live music, drama and dance, as well as opportunities to both watch and participate in a great variety of sports. Of course, with this being Beaulieu ‘sur mer’ water sports hold a special place in the cultural identity of the town. The marina, berthing nearly 800 yachts, is both extensive and modern, and additionally sometimes holds a variety of events and races. Nearby the older, and arguably more charming traditional harbour provides additional berths for smaller vessels.

Of course, the two excellent beaches are often the true heart of the town for young and old alike, offering beach sports, bars and cafes with unbroken sea views, and seemingly endless stretches of golden sands. Dotted throughout the ‘Golden Triangle’ are also several private beaches, and Beaulieu is no exception to this, offering a quiet sanctuary to enjoy the sun and sea away from the disruption of others. The town’s parks and gardens provide welcome shade, a place to relax and an oasis of calm, but the hills surrounding the town themselves are surprisingly peaceful. Beaulieu property for sale in these hills may only be an almost literal stone’s throw from the town and beaches, but provide quite different landscapes that are almost semi-rural in feel, surrounded by vegetation and Mediterranean style gardens, and further into the hills there are hiking paths and routes for mountain bikes and pony trekking.

Sunny and peacefully situated villa in an enviable location in the heart of Beaulieu in a level garden, planted with citrus orange and lemon fruit trees. The very nicely presented and spaci...

Magnificent elegant 3 storey, 4 bedroom house with garden located near all amenities in the heart of Beaulieu sur Mer. This charming property is arranged over three levels, consisting of a doub...

Elegant and luxurious 2 bedroom bourgeois apartment with beautiful communal gardens, ideally located near the beach and all amenities in Beaulieu-sur-Mer. This bright and spacious property ...

A stylish and beautifully renovated 3 bedroom apartment in heart of Beaulieu-sur-Mer with views to the sea. Located on the top floor of a an attractive bourgeois building, this 4-room apartme...

Bright and spacious two bedroom villa with swimming pool and outstanding panoramic views over the town and Cap Ferrat, nicely situated just a few minutes from the centre of Beaulieu. Currently...

A stylish and beautifully renovated 3 bedroom apartment in heart of Beaulieu-sur-Mer with views to the sea. Located on the top floor of a an attractive bourgeois building, this 4-room apartme...

A beautiful and bright 2 bedroom apartment in the prestigious Residence Bristol in Beaulieu sur mer, close to the beach and shops, with sea and park views. This magnificent apartment is superb... 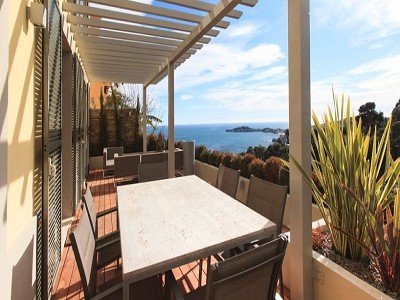 PRICE REDUCED - Excellent location for this beautiful completely renovated house on 2 levels with lift. Situated just, 5 minutes from the centre of Beaulieur-sur-Mer, with a splendid view of Cap Ferra...

Beautifully presented and contemporary 2 bedroom apartment in a peaceful situation with views of Beaulieu, Cap Ferrat and the Mediterranean. This stylishly renovated 70m2 property is found in ...