Buying Cannes property allows a rare opportunity to buy into the lifestyle enjoyed in a city famed for its glorious sunny weather, beautiful beaches and countless facilities for sports and leisure.

Located within the French department of Alpes-Maritimes and the region of Provence-Alpes-Cote d’Azur, Cannes property provides not only a beautiful city location with beaches and top-class facilities on the doorstep, but also a property that can act as a stepping stone to the Alps, Provence, Monaco and Italy.

Of course, Cannes Property, being found in the south-eastern tip of France, benefits from the sun-drenched Mediterranean climate that is synonymous with the south of France. The climate is characterised by long, hot summers, and short, mild winters. Rainfall is infrequent, allowing Cannes property to provide year round enjoyment of this beautiful city and the nearby open French landscapes.

The City of Cannes

The city of Cannes itself is perhaps the best known of the French Riviera towns and famous for its celebrities, glitzy hotels and, of course, the Cannes Film Festival. Perhaps less well known is the rich culture and history contained within the confines of the city. Cannes property can be found both in the vibrant, modern areas, or the more historic centres of the city and its outskirts. Le Suquet, the old town, boasts panoramic views of the sea, and with cobbled streets and much historic Cannes property, Le Suquet is often considered the centre of all things cultural in Cannes.

The history of settlement in and around Cannes is long, dating from at least the 2nd century BC. After an attack by the Saracens in 891, the monks that had previously lived mainly on the nearby Lerin Island were forced to move to the mainland, founding the oldest part of the modern city, Le Suquet. By 1035 when the grand castle was built to fortify the city, it had become known as Cannes. It was not until 1835 when the harbour was built that Cannes begun to be the elegant metropolis seen today, and, as a testament to this, the Casino Municipal and the Esplanade des Allies now flank either side of this picturesque and historic harbour. As the English aristocracy rushed to build glamorous winter residences in the Quartier des Anglais, where Cannes property can still be found today, elegant villa-style houses began to spring up, transforming the city from one dependent on fishing and agriculture to one synonymous with wealth and class. The railways arrived at the end of the 19th century, and, shortly after, the streetcars, prompting the building of projects such as the Boulevard Carnot, the rue d'Antibes and the famous Carlton Hotel on the Croisette.

The Croisette, where Cannes property can sometimes be found, is a breathtakingly beautiful waterfront promenade lined with palm trees and the very best restaurants and café-bars. It is flanked by the sun-drenched Cannes beaches which draw tourists from both near and far to their golden sands.

There are an impressive array of museums and art galleries in and around Cannes, often near the older Cannes property; for example, the Musée d'Art et d'Histoire de Provence which exhibits a wide range of artifacts from the prehistoric to the more recent past, documenting in exquisite detail the long history of the area. The museum is housed in a beautiful 18th century mansion with traditional French gardens that are perfect for a stroll on a sunny afternoon. The Phoenix Park offers a more exotic botanical experience, with plants and flowers from all over the globe, lovingly tended in a beautiful setting. In addition, Cannes also boasts a zoological park, allowing a safari style experience to see a wide variety of species in exhibits designed to mimic their natural habitats.

For those buying Cannes property that seek a residence amid the bustle and glamour of the city, the lively city centre really comes alive at night. There are a variety of casinos, bars and restaurants, which cater for tourists, locals and all those lucky enough to possess a Cannes property anywhere in the city. There are also many intimate theatre venues and live music of all genres is something that the people of Cannes really appreciate. In addition to the world-known Film Festival, the lesser known Fireworks Festivals in July provide a truly breathtaking experience. These fantastic displays take place over the bay, lighting the tranquil waters with an awe-inspiring myriad of colours. At other times in the year there are also carnivals, parades, regattas and festivals dedicated to all the arts.

Cannes property also provides an excellent base to enjoy a wide variety of sport and leisure activities, from watersports in the bay to skiing in the nearby Alps, and everything conceivable inbetween.

Among the many other activities within a short distance of the Cannes property for sale are frequent boat trips to the attractive Lerin Islands, and further afield to Monaco and St Tropez. Submarine trips are also available to explore some of the beautiful marine life in the seas just off the coast. The Lerin Islands are just a 15 minute boat trip away. St Marguerite Island, the infamous home of the unfortunate ‘Man in the Iron Mask’, is a small, forested island, while its neighbour, St Honorat Island, is now only home to a close-knit brotherhood of Cistercian monks.

Cannes property is easily accessible from the UK, with Nice Cote d’Azur airport only 15 miles away. There are also excellent road and rail connections from Paris and other major cities in France, and throughout Europe.

Fabulous luxury villa in immaculate condition with 180 degree views over the Mediterranean in the area of Super Cannes. This exceedingly generous property with 8 bedrooms in total is nicely si...

Superb luxury property situated in a sought-after residential district of Le Cannet, with ample privacy and tranquility. Located in one of the most desirable areas, this beautiful family villa...

Modern and spacious 5 bedroom villa, situated within a peaceful and quiet setting in a highly sough after area in Le Cannet, on an elevated plot of 3,003m2 near Cannes, with panoramic sea views.

Superb 2 bedroom apartment, situated within a prestigious program made up of 2 buildings on 3-4 levels offering 19 new apartments of 2-4 bedrooms and a villa on the roof. Built in a refined an...

Superb 9 bedroom villa located on the heights of Cannes, in a highly sought after quiet and peaceful residential area, with panoramic sea views. This substantial villa has a total living area o... 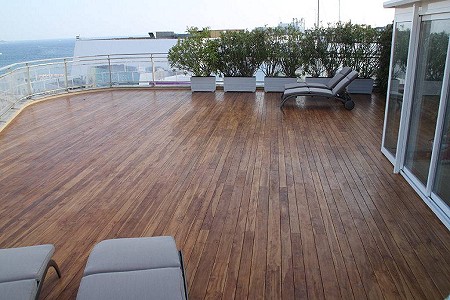 This stunning apartment is located close to the Palais des Festivals on the top floor. The magnificent property comes with a vast roof terrace of more than 150 m2 which has a small swimming poo...

Superb 2 bedroom apartment of 77m2 with a large 29m2 terrace with lovely sea views, ideally situated within a luxury residence in a quiet and highly sought-after Palm Beach area of Cannes, with a well...

Spacious open plan 2 bedroom apartment, ideally situated within a beautiful recent residence located right in the heart of Palm Beach, close to the beaches and shops. Features include 2 large t...

Modern, bright and spacious 6 bedroom villa, ideally situated within a highly sought after closed estate in Vallauris, just a few minutes from the beaches and the Croisette. This splendid villa...

Bright, beautifully presented and renovated 2 bedroom apartment, with a total living area of 55m2, situated in the La Croisette are of Cannes, close to Palm Beach. With a south facing terrace,...